Samsung has officially unveiled its new flagship smartphones – the Galaxy S9 and S9+.

But now that the very hyped devices have been announced, what are the features that we have us the most excited? And where did Samsung fall short of expectations?

Highlight: Cameras With Their Own Processors 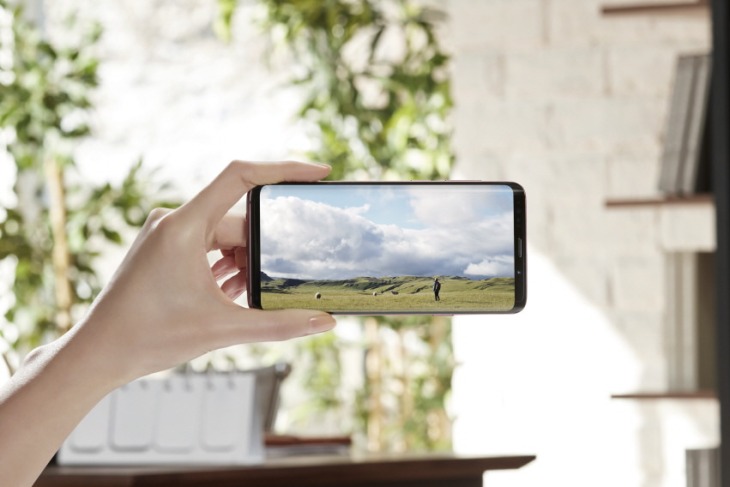 With the S9 and S9+, Samsung has introduced a new technology called the Super Speed Dual Pixel image sensor.

What does this mean? It means that the sensor in Samsung’s S9 camera has its own dedicated processing power and memory.

Phonemakers often talk about making their camera AI smarter, but it’s important that the cameras continue to perform under this increased load. With dedicated processing power, Samsung says that their new sensors can process over four times more image data than before.

Hopefully, this extra data will be immediately noticeable when it comes to image quality.

It’s definitely what’s enabling Samsung to introduce the Super Slow-Mo feature, which will allow users to record slow-motion video at 960 frames per second.

Disappointment: Dual Camera is Limited to the S9+

That’s why it’s disappointing that only the Galaxy S9+ is getting a dual camera with a telephoto and wide angle lens. Usually choosing between the regular and plus variant of Galaxy phones comes down more to size preference and battery capacity.

However, this time around, choosing the smaller variant has a significant downside when it comes to hardware. If you go with the S9, you will be missing out on more RAM, more battery, and the awesome dual camera. 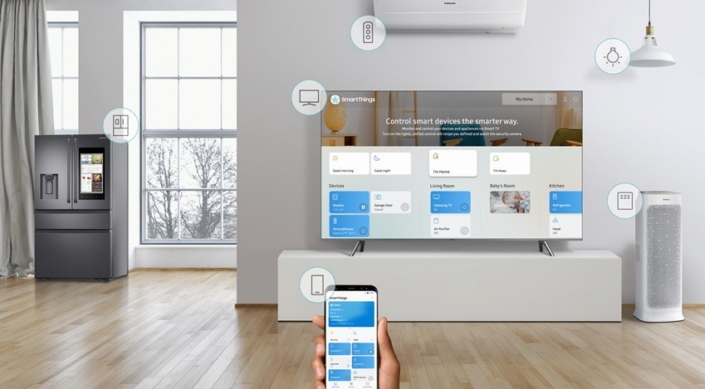 For a company with such an extensive smart device ecosystem, it has been a wonder why Samsung hasn’t used their smartphone software to make managing all these devices seamless.

Sure, users could use Smart Connect before, but not to the point that your Samsung phone could act as a hub or central remote control for your entire smart home.

However, the Galaxy S9 and S9+ will come with the latest SmartThings app and will be the only devices to support this at the moment. The app will allow you to not only control any other smart Samsung devices you have (TVs, appliances, sound bars, etc), but also a range of third-party devices.

Disappointment: Not Much Can Change in a Year

The release cycle for new phones has gotten pretty tight over the past few years – and is currently established as a one-year cycle for Samsung.

While this means that consumers can see exciting changes and new models introduced quickly, it also means that the amount of change that phonemakers can achieve is limited. Samsung still hasn’t been able to implement a fingerprint sensor under the homescreen – but it has only been a year (then again, the technology was said to have been almost complete by the time of the S8 launch).

Also, Samsung’s conservatism with their battery continues. After all, it has been less than two years since the Note 7 fiasco, so they’re playing it safe and not increasing battery capacity all that much.

When you look at Samsung’s  comparison between the S8 and S9, you can see that hardware hasn’t changed all that much. There’s the same display size and pixel density, the same battery size, and almost the same design (except for a few tweaks to bezels).

Then, add the extra few thousand rands you’ll be paying for the S9 versus the S8, and you’ll see why the change doesn’t feel all that pronounced considing the price tag.

I’ve never been quiet about my criticisms about Bixby. In my Bixby vs Google Assistant article for MakeUseOf.com, I note the fact that while Bixby Vision has so much potential, it is limited to very gimmicky functionality.

However, Bixby Vision is getting a great upgrade with the Galaxy S9 and S9+. The highly anticipated image text translation feature will launch with Samsung’s new devices, meaning that you can take photos of text written in a foreign language and Bixby will translate it for you.

The Note 8 currently allows you to translate a word at a time using the S Pen stylus, but Bixby Vision’s translation feature is much more advanced and impressive.

But this brings me to my next disappointment…

Samsung’s latest software features, especially Bixby, have taken a while to roll out to markets like South Africa. And it looks like that’s not set to change.

Bixby Vision will see its initial launch in Canada, South Korea, the US, and China. South Africa and other countries will have to wait.

Not only does this mean that we sometimes go months without being able to use the full functionality that is advertised as part of the phone, but that also means that tweaking based on audience is limited to certain populations. This isn’t a big deal in most respects, but it becomes highly noticeable when it comes to Bixby Voice. Bixby struggles significantly when it comes to recognising the South African accent.

Even my accent, which includes some variations of American and UK pronunciation, is hard to recognise for Bixby. So how difficult must it be for people with heavier accents?

I’m not much of an audiophile, but even I’m excited by the fact that the S9’s speakers come with the Dolby Atmos effect.

Samsung has never focused all that much on its audio hardware. While the speakers have always been fine, this new priority of audio will turn the S9 into a prime choice for listening to media.

The phones are also equipped with stereo speakers tuned by AKG in both the bottom of the phone and the earpiece. Samsung says that the S9 and S9+ will be the loudest of their Galaxy phones, but that it will still preserve clarity and quality at high volumes.

Guess we’ll have to test that out…

I have mixed feelings about the price of the S9 and S9+. The phones are selling for R15 499 and R17 999 respectively, placing them at a very similar launch price to the S8+ and Note 8.

For the S9, it feels like you’re paying a premium for software and novelty. Yes, it has a Super Speed lens, but it doesn’t have a dual camera – something which the Note 8 does. So the fact that the phones are currently around the same price (for now) makes it feel like the value is decided based on the year of its release, rather than what the device itself includes.

Meanwhile, the S9+ is the same price as as the Note 8 was at launch. For me, that’s a positive. Samsung could have still gone higher thanks to the precedent the iPhone X has set, but they seem to still be focused on being more affordable than Apple’s flagship. And rather than going higher than a previous launch price (the Note 8), they’ve decided to rather match it.

So, in that respect, Samsung does deserve some congratulations. However, at the same time, it’s sad to see so many people priced out of affording the phone despite the fact that Xiaomi and other Chinese phonemakers have shown us what you can achieve for much lower price tags.

Overall, the Galaxy S9 and S9+ are great additions to Samsung’s lineup. For those moving from older devices, such as the S7, a significant upgrade is in store.

The phones have some incredibly exciting features, though they do feel very similar to the predecessors in certain regards. It will take testing them out in the real world to see how they truly perform.

The Samsung Galaxy S9 and S9+ are set to launch on 16 March.

What do you think of the Samsung Galaxy S9 and S9+? Let me know in the comments below…