3 April update : Huawei has released the official prices for the P30 series.

See the official pricing for each device below: 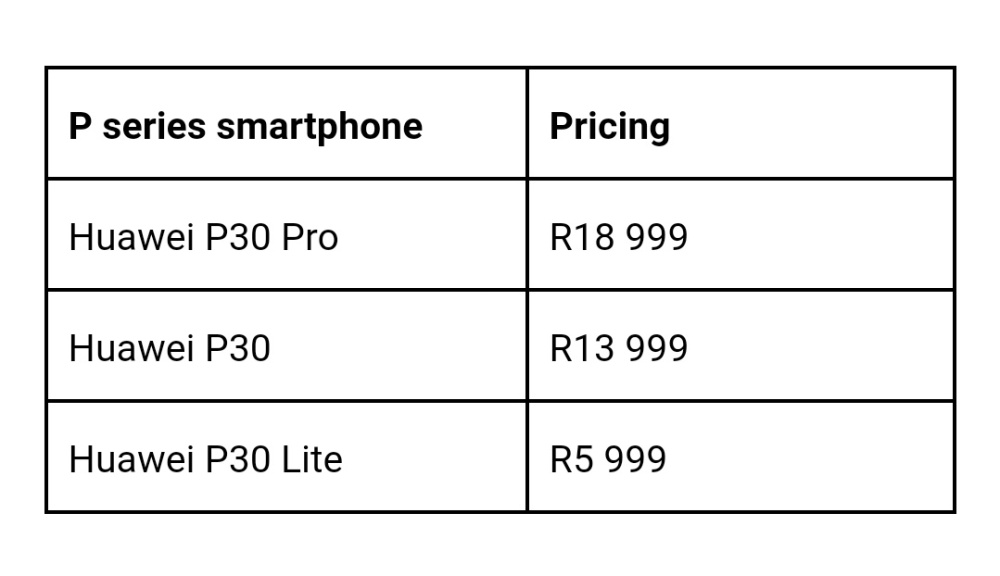 The phones will be available in store from 5 April. However, pre-orders for the P30 series are open.

Smartphone giant Huawei has announced the latest additions to their flagship range with the new P30 and P30 Pro.

In a launch event held in Paris on March 26, Huawei heralded the phones as a new era in mobile photography.

Below you can see a few of the key specifications for the P30 and P30 Pro. 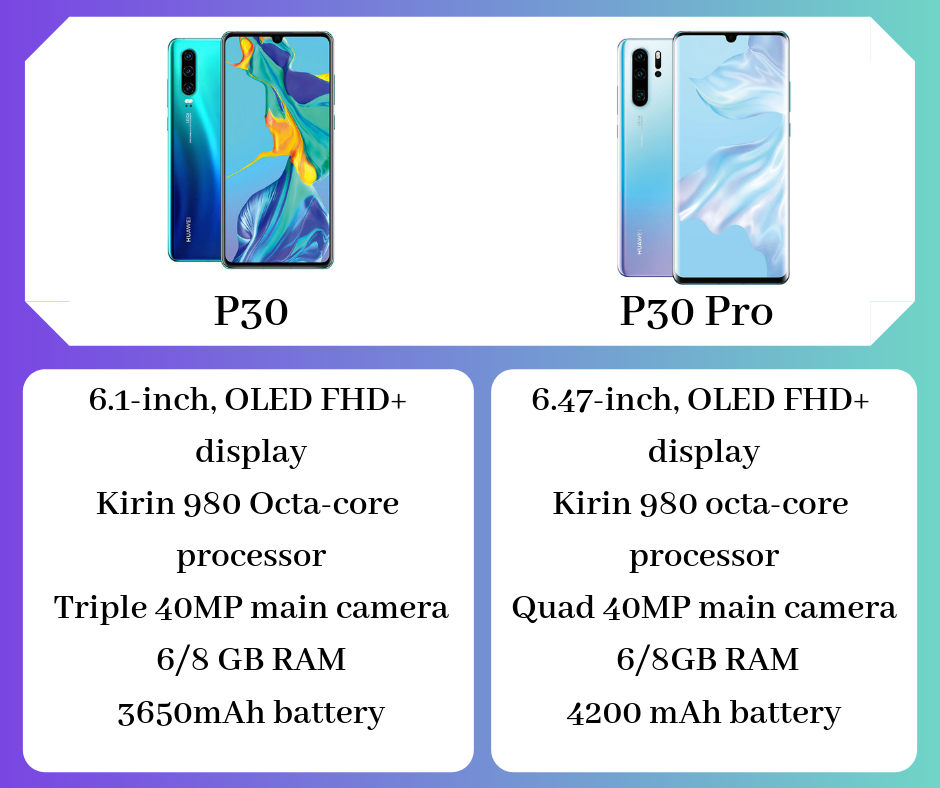 Both phones also feature an in-display ultrasonic fingerprint sensor, such as the one included in the Samsung Galaxy S10 and S10+ smartphones.

The P30 Pro’s quad main camera is made up of a 40MP wide-angle lens. a 20MP ultrawide-angle lens, an 8MP telephoto lens, and a Time-of-Flight 3D camera.

Much of the launch event focused on the camera capabilities of Huawei’s new phones, especially the P30 Pro camera.

New camera features and modes have been introduced with these latest flagships. This includes a dual-view video mode, which allows you to record a video split between a telephoto and wide-angle lens view.

Go halves! A split screen that captures the action from two perspectives. Dual-View Video on the #HUAWEIP30 Series. #RewriteTheRules pic.twitter.com/7NqqEWH0iX

The P30 Pro includes a super-zoom feature, which enables up to 50x digital zoom.

Meanwhile, the P30 Pro camera has a maximum ISO rating of 409 600, allowing you to capture much more detail in low light.

Another exciting feature includes the ability to take macro shots from as close as 2.5cm thanks to the camera’s technology, which allows you to get more detail in extremely close-up shots.

Globally, Huawei also revealed the recommended prices for each phone. The Huawei P30 will retail for 799 euros upwards, while the P30 Pro will retail for between 999 euros and 1 249 euros, according to Android Authority.

While there’s no official word from Huawei just yet on South African prices, Cellucity has listed the phones already. The Huawei Lite is available at R5 499, the P30 at R11 499, while the P30 Pro is listed from R15 999 to R18 999 depending on storage.

**More details on the P30 series will be posted after the local launch of the device on April 3.